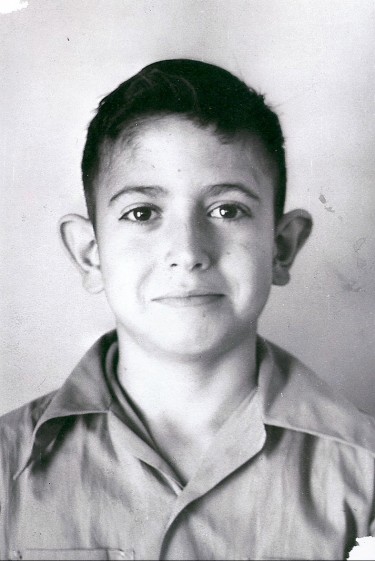 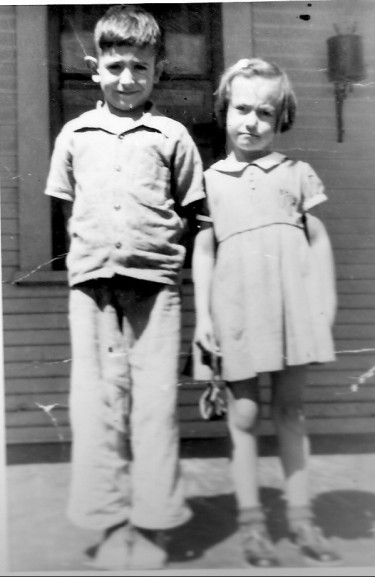 V for Victory is a special book because it pays tribute to my mother's family in many ways. For one thing, Miguel is my brother's name in Spanish. And you'll see both my Uncle Roman, and my son, Brian, on the cover of the book. Like all of my books, V for Victory draws from the memories of real people, in this case my uncle Roman Talamantez and my great-aunt Lydia Alonzo, who worked in the family store. My character, Miguel, takes after my uncle in many ways:

Like Miguel in the story, Roman spent his early childhood in San Antonio, Texas. And like Miguel, he had a large extended family. He used to enjoy helping at his uncle’s grocery store, doing all of the things Miguel does in this book: stocking shelves, dusting cans, sweeping floors, etc. And he, too, wasn’t allowed to run the cash register and hated his short haircut.

Unlike Miguel, Roman was the oldest child in his family, but he remembers worrying about his uncle, who was serving in the navy, and about the husbands and boyfriends of his aunts, one of whom—like Ernesto—was shot down over Germany. Roman never had a bothersome little nephew to baby-sit, but he did have twin baby sisters, my mom and my aunt.

And Uncle Roman loved to go to Saturday matinees with his friends and he really did see Roy Rogers at the theater. Like many boys his age, he could recognize all the military planes by sight. As a child, he enjoyed taking things apart to see how they worked and often fiddled with his kite to see if he could make it fly better. That curious kid grew up to work with radar equipment in the army and later earned a college degree in electrical engineering. Though his career took him to different parts of the country, and even onto a ship that sailed the Pacific and Atlantic oceans, he now lives back in Texas, in the city of Houston. He’s in his seventies and has a son and two granddaughters.

When I was growing up, my brother and I looked forward to visits from my Uncle Roman, and when I was a young woman, I took a memorable trip to San Antonio with him where I got to meet all of my great-aunts, great-uncles and cousins and hear amazing stories from my own family history. Uncle Roman passed away on April 18, 2022, at the age of 86, and he will be greatly missed.

There are interesting stories in your family too. All you have to do is ask! 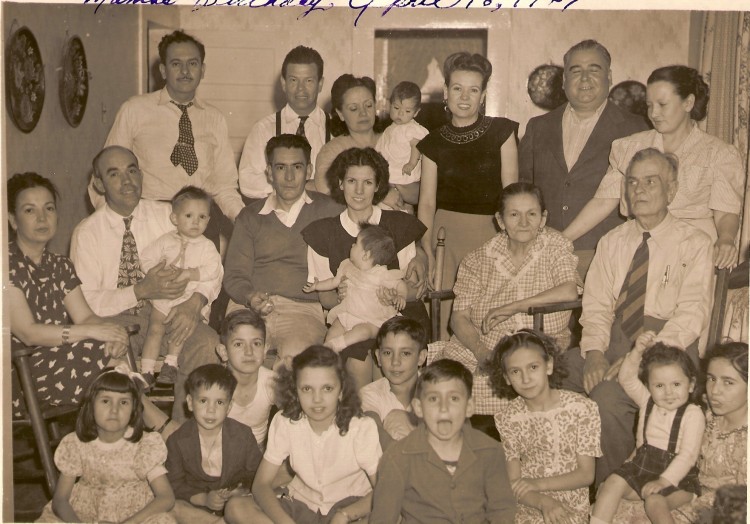 In this picture of the Trevino family, Uncle Roman is seated in the 2nd row from the bottom on the left, wearing the white t-shirt. My grandmother is holding one of the twins (either my mom or my aunt) in the back row. My great-aunt, Lydia, who shared so many of her stories for this book, is seated in the middle holding her own baby. My aunts Celia and Lucy are also in this picture, as well as my great-grandparents.